Physiomesh received FDA 510(k) clearance in April 2010, and the product was launched in October 2010. The product was voluntarily withdrawn from market in May of 2016. The base layer is polypropylene, a permanent plastic material. This polypropylene mesh layer is coated on both sides with polymeric films that are intended to degrade, but which can remain in the body for a significant period of time. The film can cause inflammation and pain, and can prevent the body from properly incorporating with the mesh. This can result in an inadequate repair and can lead to other injuries to the patient, such as adhesions, infections, hernia recurrence, bowel obstruction, sepsis, and even death. The Physiomesh is intended for implantation with the IPOM technique.

The defective mesh product liability attorneys at Blasingame Burch Garrard & Ashley, P.C., represent men and women injured by the defective hernia mesh Physiomesh Flexible Composite, which was manufactured and sold by Ethicon, Inc., a subsidiary of Johnson and Johnson.

The Design of Physiomesh 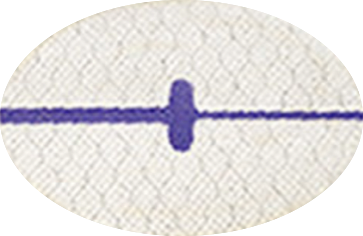 How Did Ethicon Arrive At This Design?

The manufacturers of the Physiomesh conducted limited animal testing, and did not publish unfavorable results of that testing. There were no human clinical trials. The preclinical animal test results showed that more closely simulated human clinical situation resulted in adhesions, mesh shrinkage, and migration of fixation devices in 100% of test subjects. Ethicon dismissed these results claiming that the study design was flawed. Other preclinical studies showed severe adhesions, chronic foreign body reaction, and inflammation. There was up to 50% mesh shrinkage, and the implants folded and curled.

What Makes The Design Defective?

The watertight coating on the implant can take up to six to eight months to degrade in the body. The human body cannot properly incorporate implant while the coating is intact. The result is no ingrowth when ingrowth is necessary, and adhesions to bowel and other organs. Some of the common Physiomesh complications include dense adhesions, no ingrowth, bowel obstruction, pain, hernia recurrence and seroma, among others.