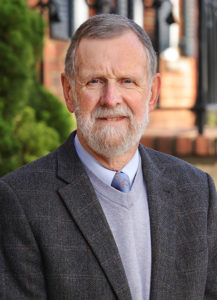 Henry has extensive experience in complex litigation, including multidistrict litigation, and in recognition of his work he is honored to be a Fellow of the American College of Trial Lawyers and recognized in “The Best Lawyers in America” publication for over 10 years. Henry has recently been named one of the Top 100 Lawyers in America. Currently, he serves as co-lead for the entire Transvaginal Mesh MDL representing women all over America. Henry has served as lead counsel in trials involving these products. In addition to acting as co-lead counsel for the overall Transvaginal Mesh MDL, he serves on the Plaintiffs’ Steering Committee, and is co-lead counsel for the specific transvaginal mesh MDL involving C.R. Bard. Throughout the Transvaginal Mesh MDL, he, along with other members of the firm, have been at the forefront of the litigation. Henry has been tasked by the court overseeing this litigation to take a lead role in resolving this litigation.
Due to Henry’s extensive involvement in the Transvaginal Mesh MDL, he was recently an invited participant at the Duke University Mass-Tort MDL Program for Judicial Conference Committees. He was also recently an invited participated at Emory University to engage in presentations and discussions with Judges and lawyers from throughout the United States on issues of national importance in major litigation.

Henry is also involved in litigation against the drug industry for certain practices where they have kept the prices of drugs at artificially inflated prices. That litigation is national in scope and important for not only the consumers of drugs but also for overpayments that have been caused to be made by governments and insurers.

Prior to Henry’s work on behalf of injured individuals, he was appointed as sole Plaintiffs’ Lead and Liaison Counsel and to the Plaintiffs’ Steering Committee in the Mentor ObTape MDL. He was lead counsel for the first jury trial conducted in the Mentor ObTape MDL, a consolidated four-plaintiff trial which settled for a confidential sum after one week of trial. The consolidated MDL trial resulted in the settlement of over 100 cases in which he and the firm served as counsel.
Henry has been involved in major cases involving business disputes. Through the work of Henry and others in the firm, they have successfully litigated business disputes worth millions of dollars.
Henry has also served as lead counsel on the defense side of complex mass tort and product liability litigation. From 1982 to 1999, he served as national trial counsel for Pittsburgh Corning Corporation, a manufacturer of asbestos-containing products, and he represented a number of other corporate defendants in asbestos litigation. He served as lead counsel in complex product liability jury trials in State and Federal courts throughout the United States, including several consolidated multi-plaintiff trials against numerous defendants. Henry was lead and coordinating counsel for Pittsburgh Corning in two mass consolidation trials tried before the Honorable Andrew McQueen in Kanawha County Circuit Court, Charleston, West Virginia, both of which included more than 1,000 cases. He acted as lead defense counsel for one of several defendants in the Cimino v. Raymark Industries, Inc. trial before the Honorable Robert Parker of the U.S. District Court for the Eastern District of Texas, which at the time was the largest joint consolidation/class action trial to be tried in Federal Court. 151 F.3d 297 (5th Cir. 1998). More importantly, as lead counsel for Pittsburgh Corning Corporation, he worked extensively with lawyers from across the country towards resolution of cases, and during his time as counsel for Pittsburgh Corning he resolved thousands of cases.

Henry has a unique perspective on handling litigation as a result of his experience as both a Plaintiff and Defense lawyer in such cases. He has worked extensively with Plaintiff lawyers, Defense lawyers, and large corporations towards resolution of litigation. He has tried medical malpractice cases for injured victims of negligent care. Those cases have included several child injury cases.